What is the Alexander Technique?

The Alexander Technique is an educational method used worldwide for over 100 years. By teaching how to change faulty postural habits, it enables improved mobility, posture, performance and alertness and relief of chronic stiffness, tension and stress.

People study the Technique for a variety of reasons. The most common is to relieve pain through learning better coordination of the musculoskeletal system.

The following video summarizes the results of the major back pain study published in the British Medical Journal in 2008. The study showed that the Alexander Technique was highly effective in treating back pain. There have more recently been follow-up studies that confirm this result.

Another common reason is to enhance performance. Athletes, singers, dancers and musicians use the Technique to improve breathing, vocal production, and speed and accuracy of movement.

The most far-reaching reason people study the Technique is to achieve greater conscious control of their reactions.

During lessons you learn through direct experience how to go about your daily activities with increasingly less effort and greater ease. You develop awareness of habits that interfere with your natural coordination and learn how to undo these patterns to consciously redirect your whole self into an optimal state of being. Most of us have many habitual patterns, learned consciously or unconsciously. These patterns can be unlearned, enabling the possibility of new choices – in posture, movement and reactions. 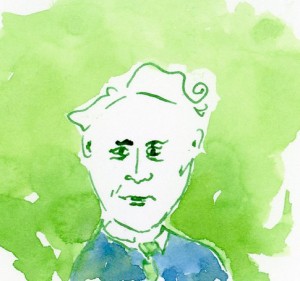 Frederick Matthias Alexander (1869-1955) was a Shakespearean actor challenged by a recurring voice problem. Chronic hoarseness interrupted his burgeoning career and he frequently lost his voice while performing. Because doctors found nothing wrong with his vocal mechanism, he reasoned that the cause might be related to how he was using his voice.  After years of rigorous self-observation and experimentation, he found what he was doing that was causing the problem and figured out how to speak without those habitual patterns of tension.  He then no longer experienced vocal problems, regained a full, rich voice and returned to the stage.  His posture and overall coordination improved and he no longer had the problems with breathing that he had experienced since childhood.

Alexander continued to develop his technique, exploring the relationship of habit, thought and perception to human movement and functioning.  He taught his discoveries to other actors with such success that doctors began referring to him patients with various breathing and coordination problems. As word of his success spread, people came to study with him from various places around the world. 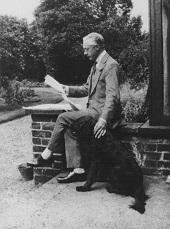 With more people interested in studying with him than he could teach, he developed a training program to enable people to teach it to others.  Over 100 years later, there are now thousands of certified teachers across the world trained in programs closely based on his.

Alexander’s discoveries evolved into core principles, the basis of his practical educational method. Students of the Technique today are as varied as the disciplines that have been influenced by this work: education, medical rehabilitation, skill development, stress management, the performing arts and athletic skill enhancement.